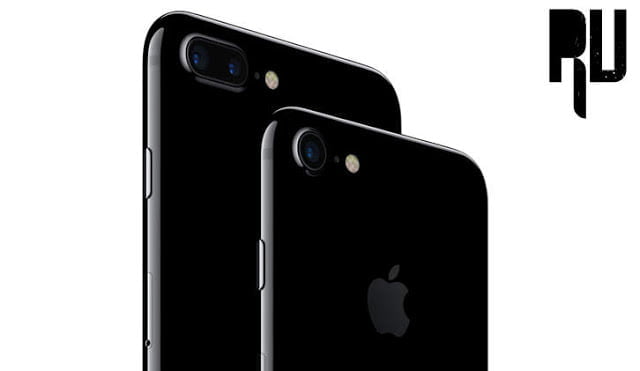 An “i” before the phone makes a lot of difference. Apple recently launched the new iPhone 7 and iPhone 7 Plus in the Apple Event this September. Apple recently passed another major milestone by selling its billionth iPhone. They introduced the iOS 10, Apple Watch 2, iPhone 7, AirPods and announced the Apple Music Festival .
Apple excels in innovation & design the new iPhone inherits delightful new and enhanced features. Curious what’s latest and good in the iPhone 7? So today we are here with the review of Apple iphone 7 and Iphone 7 plus . Design
I’ve always liked the design of the iPhone. It is less sophisticated, luxurious and feels professional. And iPhone 7 doesn’t amuse me less. It has got a new color and it’s called Jet Black. It’s super shiny, high tech and one of its kind. Another is called just Black which have rich, deep matte finish. The other variants are Silver, Gold and the Rose Gold. Two variants come with different sizes. iPhone 7 with the most accurate size 4.7 inch and the bigger iPhone 7 Plus of 5.5 inch.


Water and Dust Resistant
Apple finally made the iPhone water and dust resistant. It is protected up till IP67 protection standard. So now you can be more careless and receive a phone call or take a picture in rain. Also this is the first iphone from apple which is fully water proof . With the IP67 Technology the iphone can survive in water upto 60 meters .

Related : How to Know if your Apple Iphone is Original or Duplicate . Camera is the most beloved technology in the iPhone. Camera is the thing, after the App Store of Apple, which can make Anyone consider an iphone . The iPhone has 12MP rear lens (f/1.8 aperture) with Optical Image Stabilization and Quad-Tone True Tone flash & a 7MP FaceTime HD front camera. You can shoot at 4K resolution, in Slow motion or make a Time Lapse. Apple re engineered the camera and has made a smarter ISP which uses machine learning to improvise your photos.
What’s beyond? Dual Camera. Yes! The iPhone 7 Plus has dual camera. A 12MP wide angle lens with his new brother, a 12MP telephoto lens. The telephoto lens can go closer with 10x high quality zoom and also get shallow depth of field, which high-end DSLR offer. It is truly sensational and the future of the phone camera. The new Retina HD display is 25% brighter and more vibrant. It displays true to life colors. iPhone 7 has 1334×750 resolution and iPhone 7 Plus has 1920×1080, both supporting 3D Touch. As already mentioned the Iphone 7 comes with 4.7 inch Screen and the bigger iphone 7 plus comes with a 5.5 inch Retina Hd Display . The new A10 fusion chip makes it 2x faster than the former iPhone 6s . A power featured phone needs a powerful processor and Apple made it. It’s lightning fast and more efficient. Power consumes energy. So Apple made the battery in iPhone the longest ever in any. The lowest storage capacity is now 32GB, dropped up from 16GB and the highest is now 256GB, dropped up from 128GB.
With the A10 fusion chip is a worhwhile upgrade in the New iphone that makes it double faster then its predecessor , and not only in terms of Performance but the new iphone is more Energy Efficient which makes the battery last longer than any of the previous iphone . iPhone 7 is 2x louder with high dynamic range. All thanks to the new stereo system. Stereo speakers are very useful in usage. It makes movie watching experience richer and is so good to ears. Listening music will be now feasible and louder.  Again this is the very first iphone from apple to feature 2 speakers . Both the speakers are placed at front side in both ends . Wireless is the future. But who would have thought about earphones going wireless? Well, Apple did. AirPods deliver a breakthrough wireless audio experience. They are integrated with Siri and you can double tap it to launch Siri. They connect instantly to the device as soon as you put them in your ears, and pause when taken out. The chip with the help of optical and motion sensors make it sound superior.
Apple also announced the biggest release ever of iOS – iOS 10, by tagging it with the most advanced mobile OS. iOS 10 has revamped the iMessage and Maps. You can place stickers anywhere you like and share full screen animations. Company also launched the Apple Watch 2 and the Apple Home Kit.
iPhone has always been a constant champion in smartphones and they always level up our expectations for the next iPhone.

Pros :-
Cons :-
Final Words :-
Apple iphone 7 and 7 Plus undoubtedly are one of the best smartphones present in the market upto date . In some recent benchmark tests iphone 7 plus was declared as one of the most powerful smartphone present in the market . However just with some pros the iphone 7 has cons as well like there is no 3.5mm jack to use earphones . To connect your Earphones you need a jack that can be inserted in the Charging jack . Still if the performance and Camera quality is considered then the Iphone 7 and 7 Plus gets an edge over other smartphones .