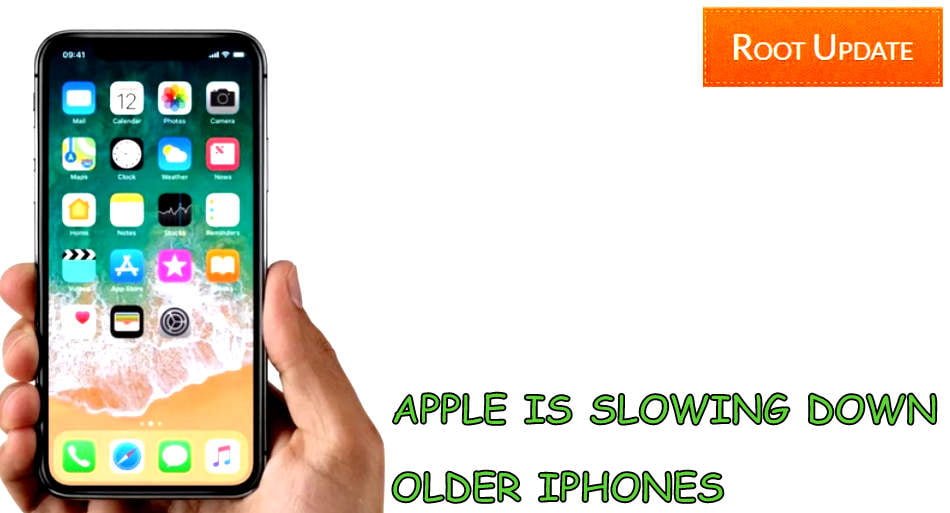 Apple is Slowing down your Older iPhones

In the earlier days, everyone used to say that Apple is slowing your down your older iPhones so that they can easily sell newer models to all the Apple Fans out there no matter what the pricing of the new phone is. But back then it was just a myth and there was no solid proof to this. Now as we come to the end of 2017, Apple has finally admitted that they are slowing down their older phones, but the reason to this is completely different than what you may be thinking.

In this post, you’ll learn why has Apple been slowing down your iPhones as well as if there’s any solution to fix this on your old iPhone. Before saying anything else, I would also like to add that if you have a really old iPhone like an iPhone 4 or something of that era, then obviously it will be slow because the specs of old phones are not par with 2017’s demands.

One would say that even if Apple is slowing down iPhones, an Android device is going to get slow down later on anyways, but the thing here is that in such a case you just reset the Android device and it will be running like brand new, and while in iPhone’s case it’s something totally different as we will see now.

So Apple has been trying to make the phones with the fastest benchmarks so they become popular in tech publications like ours whether its useful for the consumes or not, and the problem with this is that their highly powerful processors take just too much power from the battery since they are running on the red line. And since iPhones are running on Lithium Ion battery which is still in development as we saw with the Note 7, the battery of the phone gets degraded over time.

Now you might think that why has Apple slowed down their older phones due to a degraded battery? Well there are two reasons for this, first being that iPhone batteries are not easy to replace and second is that old degraded batteries can get hot easily and can’t deliver the power required by the power processors, and therefore Apple slows down the older iPhones in which the battery is degraded so that they don’t face force shut down or a swollen battery due to a power hungry processor.

Coming to the fix for this issue, you have total three options to choose from, first one being the most stupid, that is simply buying a new iPhone which Apple wants you to do. Secondly what you can do is that don’t update your device at all so that Apple can’t slow down your processor since this is done via updates. Last but not least you have the option to simply get a new battery installed on your device but that’s not cheap either, unfortunately.

We hope that we were able to explain this problem and the solutions for it to you quite easily. Also, let us know if you have ever faced this problem in your older iPhones down in the comments section. If you liked this post share it on social media and consider checking out our other blog posts to stay updated with the latest Tech Content!