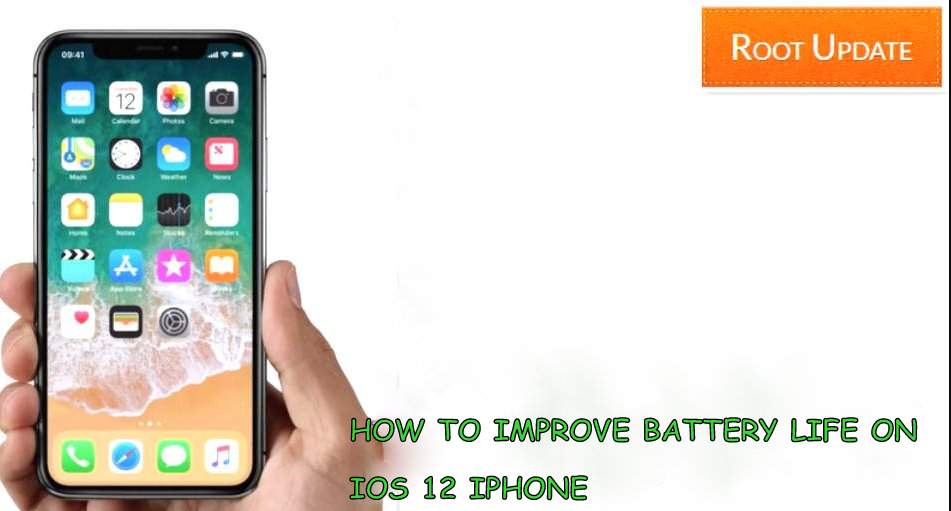 So do you want to Improve Battery Life on IOS 12 running devices? if yes then you are at right place. Today we are here with the guide to improve battery after updating iPhone to latest ios 12 on any Iphone. Apple recently rolled out IOS 12 for all supported devices and just like every year this os also brings some bugs.

IOS 12 comes with many new features and bugs and as well and as per feedback and reports by the users the new update brings the infamous battery bug which considerably reduces the battery backup time on some of the ios 12 iPhones. So in this guide we will tell you some of the tips which will help you to Increase battery backup time after updating to IOS 12.

IOS 12 is a major upgrade over old ios 11 in terms of performance, however if we talk about Looks and ui then users wont feel much difference while using the new Ios 12. Talking about the new features of IOS 12 so the new os comes with features like 3D touch shortcuts which allows users to use shortcuts on apps by just hard pressing the screen. Another main feature is the Siri shortcuts which allows users to operate their device by just giving command to Siri. So without wasting time let’s start the guide to Improve battery life after installing IOS 12 on their apple iphone.

So in this guide we will tell you some ways with which you will be able to Get good battery backup on your iPhone after Updating to IOS 12.

If you are using IOS 12 beta then make sure you are using the latest version of IOS 12 Beta, To install The Latest ios 12 beta on your device follow the below Given Steps:

Also Read: How to Make Android Look Like IOS 12

In the New ios 12 apple has released a New feature which allows you to check the percentage of battery consumed by Apps. So in this step we will show you the way to Stop apps using battery automatically which will give you extra battery backup time on your apple iPhone:

So most of us use many apps which use Location services and because of that all the apps keep tracking our location in the background, So in this step we will show you the Way to Disable Location services on IOS 12 to Solve battery Draining problem

Just Like android there are many apps in ios as well which keep refreshing in the background, So in this step we will show you the way to Disable Background app Refresh:

Low power mode reduces the battery consumption by disabling all the background apps, Animations. However some users may also face problems while using apps.

So these were some of the steps with which you can Easily Fix the battery Draining problem in IOS 12, We hope this guide helped you. Incase if you have any doubt feel free to write down in the comments section below. Also if you know any other way to increase battery life do let us know.