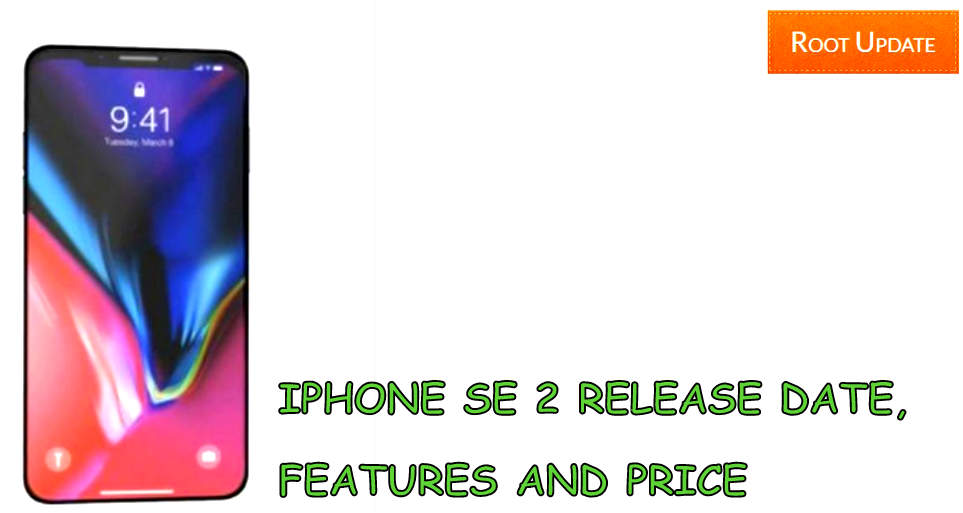 Do you want to Know iPhone SE 2 Release Date, Latest Rumors, Price, Features, and Specs? if yes then you are at Right Place. Today We are here with the iPhone Se 2 Release Date and its Expected Price and Features. Earlier this year Apple released their highly anticipated iPhone X which featured the futuristic bezel-less design. Almost everyone loved it, but because of the huge size and price tag of the phone, many people decided to stick with their older devices. But according to the latest rumors, Apple is said to be working on iPhone SE 2, a smaller and cheaper version of the iPhone X, which not only be cheaper but will also house a smaller display, making the phone quite compact which many people love with their devices.

Originally the iPhone SE 2 was to release in March of 2017, exactly one year after the release of the original iPhone SE back in March 2016. But because of the launch of a new iPad and the iPhone RED, the iPhone SE only got storage upgrades, unlike the upgrade people were waiting for.

According to the latest leaks, Apple is said to be working on a low-end bezel-less iPhone codenamed Hangzhou. This cheaper iPhone is said to be launched to overtake the low-end markets in countries like China and India. We expect to see the new iPhone in Spring of 2018, that is by the end of March.

As told earlier we can see a bezel-less TFT-LCD panel along with wireless charging in the upcoming iPhone. For the processor, we expect to see the A10 processor along with 2 gigs of RAM in the budget-oriented iPhone. For the cameras, we can see 12MP f/1.8 at the back and a 7MP shooter at the front with the inclusion of Retina Flash for the best selfies. As told earlier, the possible storage configurations will be 32GB and 128GB. Since it’s using a better processor and larger display, we will also see a bump in the battery for sure.

We also look forward to seeing any positive updates regarding this smartphone and hope it gets launched by March 2018. Let us know what do you think about the highly anticipated iPhone SE 2 down in the comments section. If you loved this post, consider sharing it on social media and check out our other posts for updated tech content!