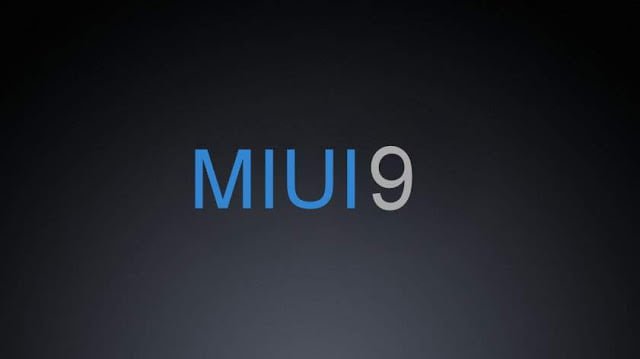 Miui 9 has been secretly announced and we are here with Name of Miui 9 Supported Phones, Features and release date of  Miui 9 and Miui 9 rom Download . Xiaomi announced the miui 8 around 6 months ago and now the company has started preparations for the New os which will be known as MIUI 9 .
Miui is xiaomi’s default Os and also it is one of the best Rom present till date for any android device . The best thing about Miui is that along with the xiaomi devices it is also available for a wide list of devices , Plus the phone which arent supported can use the Miui launcher . So lets start the Guide on Miui 9 Release date, Name of supported devices and features. As of now there is no Official Miui 9 release date and so far there is no confirmation from Xiaomi , However in a teaser released it indicated that the New Miui 9 will be launched in January 2017 .

The first and most primary feature of the Miui 9 is that it is based on Latest android version Nougat 7.0 . Earlier we have also shared the List of xiaomi devices getting Android 7.0 Nougat .
As we all know that xiaomi always release two variants of its Miui os out of which one is for the High end variant and it is based on Latest Android variant , The second one is for Entry level devices and it is based on Out dated version . So Miui 9 will also come in 2 different variants and users will get update based on the device they are using .

The multi window support is long awaited feature in miui and finally it seems that Xiaomi is going to Add this feature in the Coming Miui 9 , And if it comes true then users will be able to run multiple apps at one time .

As it is new os so obviously Miui 9 will come with a new ui and design . The Current Miui 8 was successor of miui 7 but we didnt notice any major changes in terms of Design and Ui in the Miui 8 update . So it will be worth noticing that what xiaomi brings in the New Miui 9 update for Devices . In the teased miui 9 rom we can see that it is more colorful compared to the old miui 8 .Recently Xiaomi Release Miui 10 Rom

Believe it or not but Xiaomi smartphones are one of the most battery efficient android smartphones in the market and the best example is the xiaomi redmi note 3 which runs upto 8 hours with single charge . The upcoming miui 9 is said to come with more battery saving profiles and tweaks which significantly improves the battery backup .
Along with the Battery the New miui 9 will come with more security improvements .

List of Miui 9 Eligible Devices that will get Update. As mentioned earlier that Miui 9 release date is in 1st week of January 2017 so users will be able to Download Miui 9 for their smartphone after that only . The rom will be made available for beta testers ( Developer rom ) and then afterwards it will be released for public ( Stable Rom ) .

More Devices Will be added in the list soon, However this is a list of some devices which are most popular and comes with a good hardware. if you want to Know if your Xiaomi Device will get the Miui 9 update or not you can comment Down below in the comments section.

So this was our guide on Miui 9 Supported Devices, Features and release Date , I hope you liked it .