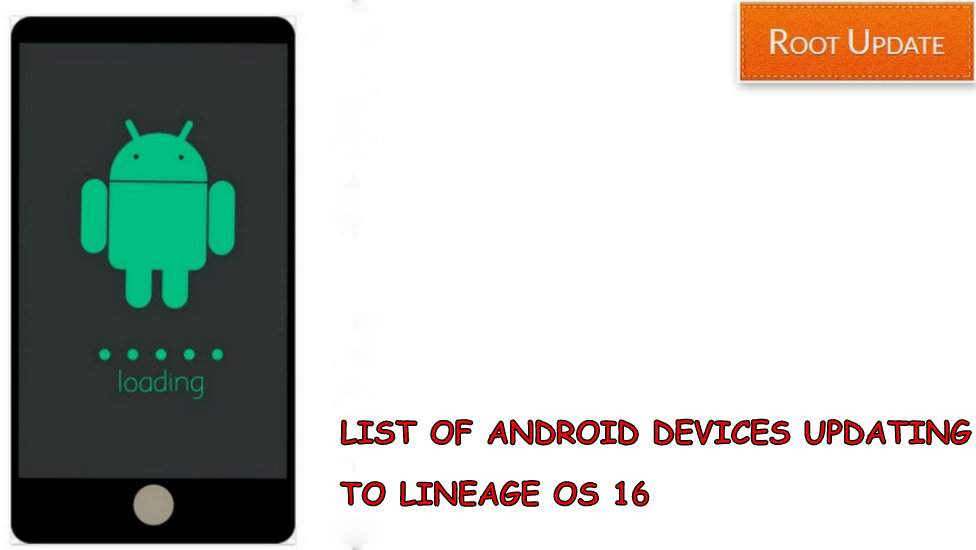 Lineage OS is one of the most popular custom ROMs for Android devices out there. Earlier known as cyanogenmod, Lineage OS provides very useful features in an AOSP experience that is highly snappy and stable. Because of these things, many people out there tend to give Lineage OS a higher preference than their stock ROMs.

As of right now, Google has officially launched their brand new Android 9.0 P update. Therefore we will be seeing the highly anticipated Lineage OS 16 Custom ROM available for our Android Devices. The best part about Lineage OS 16 is that it will be based on the latest version of Android out there. This means that not only we will be getting the latest Android 9.0 P features in our Lineage OS ROM, but our Android device will have the latest security patch from Android.

Because of all these great things, Lineage OS 16 is going to be a complete game changer. So it makes a lot of sense to install the latest Lineage OS 16 Custom ROM on our Android devices. Since this ROM is highly anticipated among the Android community, today we are with the full List of Android Devices getting Lineage OS 16 Update. But before we take a look at the Lineage OS 16 supported devices, we will take you through all the improvements in Lineage OS 16 when compared to its older versions. This is to make sure that you know everything about this ROM before it is even available for your Android Device.

Changes in UI and Design in Lineage OS 16

Starting off with the Home screen, you will see that this ROM has a much cleaner design than the older versions. Not only that but the dock has now been merged with the app drawer and it all looks quite seamless now. Apart from this the icons have been modified too making them look even more subtle. Overall the new Home Launcher looks better and more modern than before which is a great thing to have.

Last but not least we have the all new settings app. The new settings app not only looks better but it also works better due to thoughtful UI design in the latest Lineage OS 16 Custom ROM. All these mentioned UI changes in the Lineage OS 16 make you feel as if you are using a completely different Android device.

Improvements in Performance of Lineage OS 16

Since Lineage OS 16 is based on the latest version of Android, i.e Android P 9.0 we get to see improvements in the performance of Lineage OS 16. Lineage OS 16 is going to be much more snappy than any other versions of it that have been released to the date. This means that all of your games and apps will work much better in the Lineage OS 16 Update. Such a boost in performance has been made possible because of all new algorithms.

As the Lineage OS 16 update has brand new algorithms under the hood, it also means that you will see a bump in the battery life of your Android Device. You can expect up to 10% better battery life on your current Android Device. This battery boost is there as Lineage OS 16 is based on Android P 9.0 which means that all your current apps and games will work better on this version of Android.

Finally, we have the camera performance of Lineage OS 16. We will be seeing some AI based changes when it comes to the camera department of this custom ROM. Therefore we can say that with this update of Lineage OS, your Android device will be able to take better photo and videos than before. Overall because of all such great changes, Lineage OS 16 is definitely worth updating to.

At last, we have come to the full List of Android Devices out there which will be getting the all new Lineage OS Update via either an OTA update or directly from Lineage OS’ website. Most of the devices present in this list are officially supported by Lineage OS devs and have been listed on their website as officially supported devices. Anyways without any further due, let’s take you straight to the full list of Android Devices that are getting the Lineage OS 16 Update officially:

More devices in The list will be added soon.

We hope that your Android Device was on this List of Android Devices receiving the Lineage OS 16 Update. Also, let us know what are your thoughts on this list down in the comments section. If you liked this post share it on social media and consider checking out our other blog posts to stay updated with the latest Tech Content!