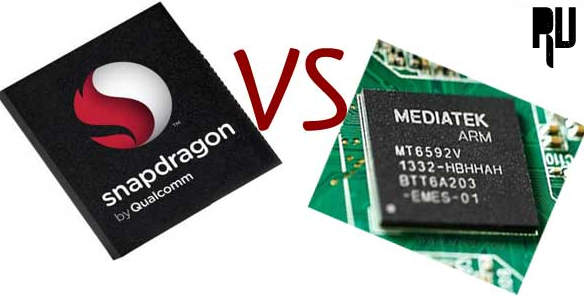 So lets start the guide , First of all we will discuss about the Hardware part of bot the devices .

You May also Like :- Trick To Buy Xiaomi Redmi note 3 From amazon Flash Sale .

How to solve insufficient Storage problem in android without Root .

Snapdragon 650 is a hexa core processor with two much powerful
Cortex A72 Chip and 4 Standard Cortex A53 chips . The phone supports many new advanced technologies like Volte , More fast downloading and uploading speeds .

Xiaomi redmi note 3 Mediatek :-
The Xiaomi redmi note 3 mediatek comes with 13 mega pixle primary camera . The camera is undoubtedly good and captures awesome images . Coming to the Video , So the Camera of redmi note 3 mediatek is capable of capturing 4k videos by using Google camera .The default app supports Slo-mo recording , time lapse video .
There is a 5 mega pixel camera unit at the front of the smartphone which comes with beautify feature which makes your selfie look more beautiful and good .

The redmi note 3 snapdragon comes with a 16 mega pixel rear camera . This is the first smartphone from a company that features a 16 mega pixel in such affordable price tag and not only this but this is the best camera we have seen so far in a budget level segment smartphones . Comparing the camera with mediatek so the smartphone captures more detailed and colorful images . The low light imaginary is also good .

Coming to the front camera , there is a 5 megapixel camera at the front end . The front camera is same like mediatek’s and we didnt found any Difference between the quality of both the cameras .


The Redmi note 3 mediatek Comes with a 5.5 Inch Full Hd display with a Pixel density of 401 pixels per inch . For the Protection of the screen there is a corning gorilla glass 3 however this is yet not confirmed by the company but in a scratch test we saw that the smartphone can bear any sharp object and protects the smartphone from being scratched .

The redmi note 3 snapdragon comes with the same display of The mediatek variant , However we noticed that the mediatek variant has a brighter display and delivers more vibrant color . One advantage that the snapdragon variant carries is the Sunlight display . Sun light display is a feature which adjusts the Color,contrast and brightness of display according to the Light .

Rest all the things are same in Both the smartphones :-

As we mentioned earlier that both the smartphones comes with a much powerful processor .
As the mediatek version of Redmi note 3 runs on Helio x10 processor which is the flagship processor of mediatek so we didn’t found any kind of lag or hang while even playing the biggest games like Asphalt 8 , Mortal combat and many other . The processor is also capable of capturing 4k videos . The processor is a Octa core processor out of which each core is clocked at 2.0ghz .
The Snapdragon version of Redmi note 3 runs on the Snapdragon 650 processor which is one of a kind in the world . The processor is a hexa core processor with having 2 high power cortex A72 processor and 4 Cortex A53 processor . A combination of 6 processor can handle any type of task easily and also makes your battery life last longer .
Verdict :-
We didn’t find any performance difference in both of the smartphones and as mentioned earlier that bot the smartphone’s comes with one of the very best processors . However in the Antutu benchmark test the snapdragon variant of the xiaomi redmi note 3 Scored around 67k and the mediatek version scored 53K . Also the Snapdragon variant can capture slightly better images compared to the helio x10 variant . Rest all things are same . However it is also true that Only Snapdragon 650 variant is available for sale in india .
So this was our guide On Comparison between Xiaomi redmi note 3 Snapdragon 650 vs Xiaomi redmi note 3 mediatek helio X10 : Which one is better .