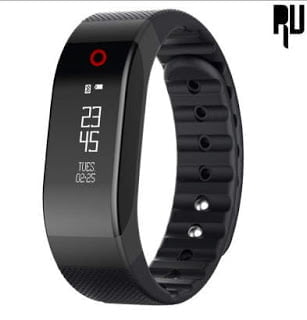 Now a days many new companies are coming in the gadgets market and providing Many new modern gadgets like Bluetooth speakers , Usb Fan , Usb light . Along with the smartphones there is also a emerging market of Smartwatches and Fitness Trackers often known as fitness bands . So for those who are Planning to buy a new smartband and confused which smartband is the best .Gone through a lot of different review and still not sure which one to buy.Then you are at the right place today in this post will tell you about the best smartband available in the market plus the best budget smartband available . How to Activate Whatsapp Video calling on Android Phone .

Lets talk about the feature of the best smartband SMA-BAND


SMA-BAND support bluetooth 4.0 which  is pretty compatible with all the smartphones,tablets and many more devices. SMA-BAND smartband can be used to unlock your device without even entering your password.


SMA-BAND comes with a touch screen which display digital time aswell and the other feature in this smartband is that you can adjust the screen brightness . SMA-BAND also comes with colorful RGB Light


SMA-BAND is a boon for health lovers as it can be used to track the amount of calories and even the steps and SMA-BAND smartband also keep a record of your sleep.


SMA-BAND comes with a Chipset which makes it a powerful device , Coming to the software it can be used with Android 4.4 To android 6.0 and and not only android but it can also be paired with Apple  IOS 7.0 and above system.


SMA-BAND smartband is powered with a 90 mah battery which takes about 30min to charge an it may last about 5 hours which is quite impressive.

Other features of the best smart Band SMA-BAND