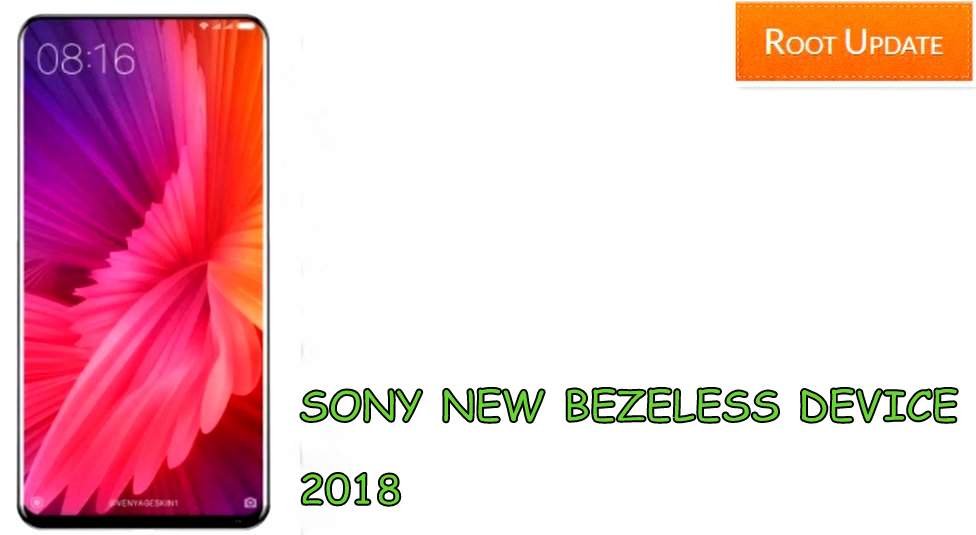 Sony working on a New Bezel less Smartphone for 2018

Sony used to be one of the leaders in smartphones back in the days, but now with companies making totally futuristic designs, Sony was left behind a bit. But it looks like they are trying to make a comeback in 2018. Sony has always been known for great innovation which they are hopefully going to show in 2018 at MWC, that is the Mobile World Congress 2018.

It has been quite a long time since Sony has launched any flagship device, and it is high time that they release a new device, not only because 2017 is now coming to an end, but also due to the reason that all other brands like Samsung, OnePlus, Google, Apple, Xiaomi etc. have made smartphones that easily beat Sony’s current flagship with futuristic designs and powerful and awesome specs.

2017 had a trend of almost Bezel-less design smartphone like the Apple iPhone X, Samsung Galaxy S8 and Note 8, OnePlus 5T, Xiaomi Mix 2, Google Pixel 2, and heck even some budget devices from brands like Huawei Honor and Xiaomi. Therefore Sony also needed to come up with a bezel-less design and killer hardware for their upcoming 2018 flagship.

What to expect from Sony’s 2018 Flagship Device?

The Japanese electronics giant, according to a Reddit user, is working on a completely new Bezel-less smartphone that will try its best to beat the competition with very competitive pricing. The report says that the upcoming Sony Bezel-less Flagship Smartphone for 2018 is being developed in Japan under the model number – H8541. As for now there’s no official name of the smartphone, but we will soon know that too, and if you wish to know it too keep checking out our blog posts to stay updated with the latest Tech Content!

Apart from the model number, we also have rumors and leaks regarding the specs of the Sony’s 2018 Bezel-less flagship which will be running the Snapdragon 845 processor. Apart from that, coming to that we can easily expect a 6 inch, 18:9 4K HDR Display on this highly anticipated device. And since Sony is known for its TV panels, this screen might be the best display we have ever seen on a mobile phone yet. For the protection of this crisp bezel-less display, Sony will certainly use Gorilla Glass 5 protection for its 2018 flagship smartphone.

Moving on to other features and specs of this device, we expect Sony to finally give its fans a 6GB RAM and 128GB internal storage variant in this 2018 Flagship. Apart from that, it’ll also have Bluetooth 5.0, NFC, USB Type C Port as well as IP68 Water resistant making this phone great for all users out there. Since the 2018 Sony Flagship will have a new processor and a larger display we will also see a bigger battery at around 3500 mAh, which coupled with Qualcomm’s Quick Charge 4.0 will be more than for average Android prosumers.

According to the reports, Sony will be unveiling its 2018 Bezel-less Flagship Smartphone at MWC, that is Mobile World Congress 2018. Unfortunately, we don’t have any details regarding the pricing of this device yet since we have just come to know the existence of this device in the first place! For the pricing of Sony’s upcoming 2018 Flagship Bezel-less Smartphone just follow us on social media and keep checking out our latest posts for continuous Tech Updates regarding this phone as well as other Tech News around the World!

We hope that Sony delivers to the expectation of Sony Fans out there and we hear more positive news regarding this device. Also, let us know what do you expect from this smartphone down in the comments section. If you liked this post share it on social media and consider checking out our other blog post to stay updated with the latest Tech Content!