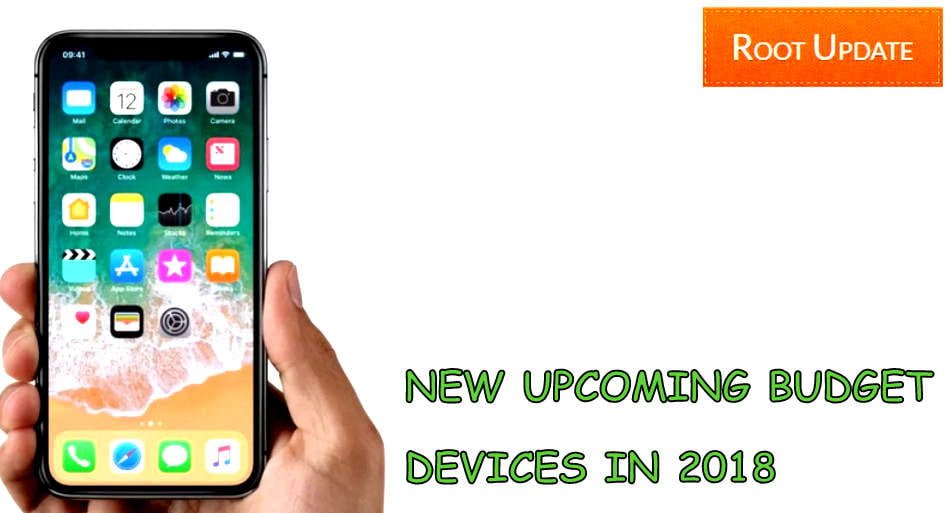 So do you want to Know Top Upcoming Budget Android Devices in 2018? If yes then you are at Right place. Today we are here with the top budget Android devices in 2018.Every year we see tons of smartphones launches, and many of them are just awesome. 2017 was a great year for smartphones in all price brackets, but now as 2017 comes to end, we are getting updates about more and more smartphones to be launched in 2018. And today we are here with a list of the Top 5 Upcoming Budget Smartphones of 2018 that you should totally check out

Xiaomi has been a great contender in the Budget Smartphones segment throughout the years with their highly popular Redmi lines of Smartphones. We have confirmed news that Xiaomi will be launching the Redmi 5 and 5 Plus in India in early 2018 for its fans. These devices were launched in December 2017 in China with 18:9 Bezel-Less Displays being their major feature. While the Redmi 5 has an HD+ panel, Redmi 5 Plus will come with an FHD+ Panel with almost no bezels in both the devices. Both of them will run on Android 7.1.2 and have same cameras, and the only difference being their processor, RAM, and storage.

The second smartphone in this list is Xiaomi Redmi Note 5 and it is also by Xiaomi and it’s the highly anticipated successor to the super popular Redmi Note 4. Just like its Redmi cousins, this device will also have a 6 inch 18:9 FHD+ Bezel Less Display coupled with a 12 MP Sensor, 4000 Mah battery and the newly launched Snapdragon 630 SoC with 4GB of RAM. We hope that this phone will also be as good as its predecessor, the highly popular Redmi Note 4.

Great news for Motorola Fans in 2018! We expect the Moto M2 to be launched in 2018 with great specs and good value for money. It’s expected to be launched around March with 4GB of RAM, a dual camera setup, a 5.5-inch bezel-less display, and last but not least a 2.3Ghz Octa-Core processor. All this will be running on Android 7.1.1 which is just awesome.

Moving on to Samsung, we have the successor to the highly successful J series lineup of smartphones by Samsung. J5 Pro is said to be launched in February of 2018 with a 5.2” display, 3GB of RAM, 13MP shooters at the front and the back! All this will be running on a 1.6Ghz processor coupled with a 3000 mAh battery. We also expect to see thinner bezels than the current ones found in the Samsung displays.

Last but not least we have the ZenFone 4 Max from Asus providing us with a very awesome 16MP dual camera setup running with a 5.5” FHD Display with narrow bezels. Apart f, om this you’ll see a 1.4Ghz Quad Core Processor with 3GB RAM all running on a whopping 5000 mAh battery!

BONUS: Apart from all these smartphones, there’s also the Xiaomi Mi A2

We hope that you are hyped for all these smartphones launches just as we are! Also let us know which is your favorite smartphone among the following and why down in the comments section. If you loved this post share it on social media and consider checking out our other blog posts to stay updated with the latest Tech Content!