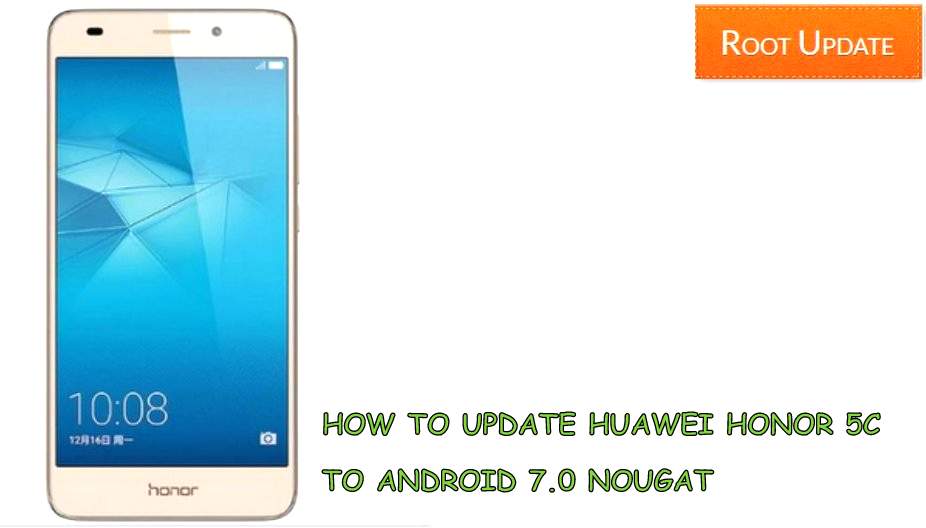 Huawei honor 5c comes with 5.2 inch full hd screen with resolution of 1920X1080 and 424 Ppi density, Coming to the hardware so the smartphone comes with Huawei’s very own HiSilicon Kirin 650 Octa core processor coupled with 2Gb of ram. For good gaming and graphics there is Mali-T830Mp2 GPU. As Mentioned earlier that smartphone comes with android 6.0 Marshmallow out of the box but We will show you How to update Honor 5C to Android 7.0 Nougat.

So before we start the guide on Updating there are some points and pre-requirements you have to follow before you start updating your smartphone .

Related : How to Update Huawei Honor 5X to Android 7.0 Nougat

Pre-requirements before you Update Honor 5C to Android 7.0 Nougat

How to Update Honor 5c to Android Nougat 7.0 Officially

So we will Update the smartphone in two different steps, Both steps should be followed.

So this was our guide on how to update Honor 5c to android 7.0 Nougat, We hope you liked our guide and if you have any doubt feel free to ask us in the comments section below.