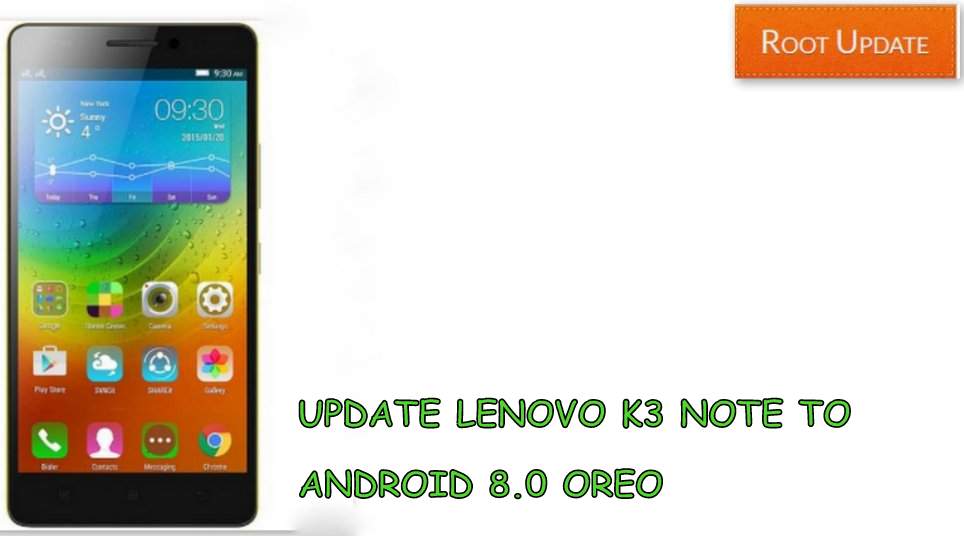 Lenovo K3 note comes with a 5.5-inch screen which has a resolution of 1920X1080 and pixel density of 401 pixels per inch. The smartphone comes with MediaTek MT6752 octa-core processor coupled with 2Gb of ram, Coming to the battery and cameras of the smartphone so it comes with a 3000Mah battery and for capturing pics there is 13mp primary camera unit and a 5mp camera unit is provided at the front end for selfies. The smartphone officially runs on android 6.0 marshmallow but in this guide, we will show you How to update Lenovo k3 note to android 8.0 Oreo.

So as the device was launched in 2015 so it will not get any android 8.0 oreo official update from the company, So the users who want to update their Lenovo k3 note to android 8.0 oreo can simply install the Lineage os 15 custom rom for K3 note and enjoy oreo on their phone.

So Lineage os 15 is the latest custom rom for Lenovo K3 note and it is based on android 8.0 Oreo, the rom comes with many new features and Looks, So without wasting much time, lets start the guide on how to Update Lenovo k3 note to android 8.0 Oreo.

But before you Start updating your smartphone there are some points and pre-requirements you have to follow So make sure you follow all of them carefully:-

Pre-requirements before you Update Lenovo K3 Note to Android 8.0 Oreo

How to Update Lenovo K3 Note to Android 8.0 Oreo

So this was our Guide on How to Update Lenovo K3 Note to Android 8.0 Oreo , We hope this guide helped you and if you have any doubt you can comment down below in the comments section.