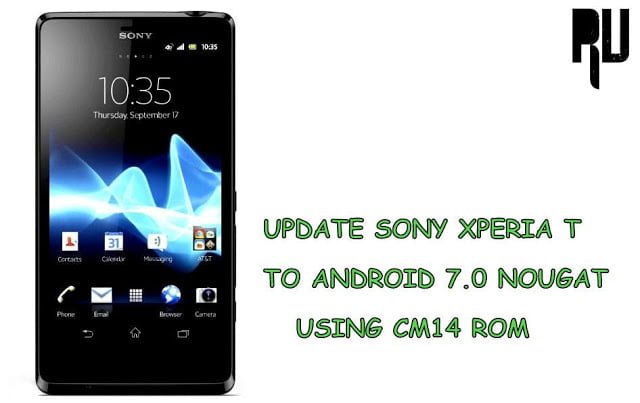 Good News for Sony Xperia T users Now they can update Xperia t to android 7.0 Nougat easily .Users can install CM14 rom in Sony Xperia T and enjoy the latest android version on their device .
Sony Xperia T is a very old device that still runs on android 4.0 Ice cream sandwich and being a old device sony has stopped further support for the device . So it is pretty clear that the device will never get official update from the company , But still users can flash custom rom on their device and enjoy the latest operating system . So today we are here with the Android Nougat for Sony Xperia T . Android Nougat 7.0 is the latest operating system and it comes with many new features if you want to know features in detail we have written a Guide on Android 7.0 features . . So lets start the guide on How to Update Sony Xperia T to Nougat 7.0 . So to Update the Xperia t to nougat we will use a Nougat custom rom Known as CM14 . CM is also known as Cyanogenmod 14 and it is one of the most popular and feature loaded custom rom .The best thing about this Cm14 update for Xperia t is that it is from official Cyanogenmod developers and its a stable update for the device , It is based on Latest android version and you get many features like :-
Related : List of android Nougat 7.0 Custom rom for popular phones .
Pre-requirements and Points to remember :-
Whats working in the rom :- So this was oour guide on How to update Sony Xperia to android 7.0 Nougat, i hope you liked our guide .