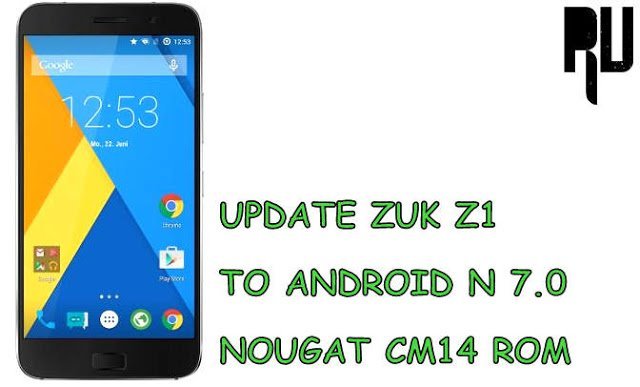 Do yo want Android nougat 7.0 update for Lenovo Zuk Z1 ? or want to Download Cm14 for Zuk Z1 ? If yes then you are at right place . Today we are here with the guide on How to Update Lenovo Zuk Z1 to android 7.0 Nougat .
Lenovo Zuk Z1 is the first smartphone from Zuk in india . The smartphone was launched under Lenovo brand in india . Lenovo Zuk Z1 comes with cyanogenmod os 12.1 which is based on android lollipop . But today we are here with Cyanogenmod 14 for zuk z1 which is based on android nougat . Android N 7.0 nougat is the latest operating system and it comes with features like multi-window, System ui tuner . So in this guide we will tell you How to upgrade Zuk Z1 to android n 7.0 nougat . cm14 for Zuk z1 is a nougat 7.0 based custom rom and it comes with all features of android nougat . Cyaongemod is one of the best custom roms as it comes with theme support and more customization, Some of the major features of Cyanogenmod 14 for Zuk z1 are :-
Related : How to Update Lenovo K3 Note to Android N 7.0 Nougat .
Whats working in the rom ?
Related : Names of Devices Expected to Get android N 7.0 Nougat Update .
Pre requirements before flashing the rom :- So this was our guide on How to Update Zuk Z1 to Android N 7.0 Nougat, I hope Cm14 rom for Lenovo Zuk Z1 helped you .