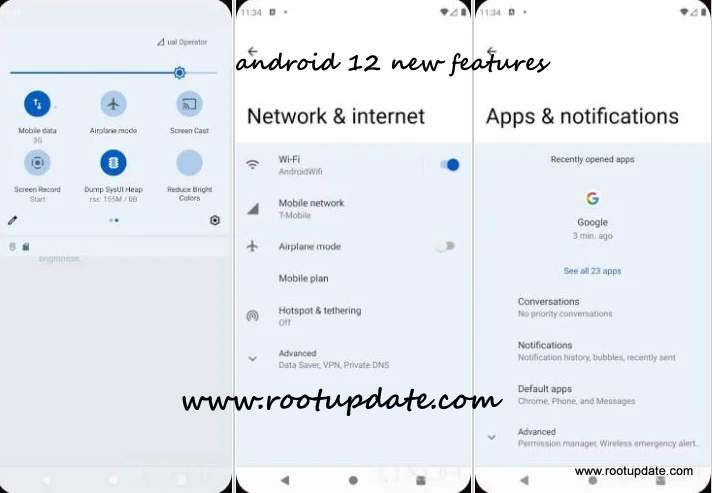 In this guide we will show you the names of Xiaomi devices getting Android 12 Update for Sure, This is the confirmed list and Many more smartphones are Expected to add to this list.

Xiaomi recently launched the new Mi 11 Ultra and within no time the smartphone managed to get the best Smartphone of the year award by many Tech Enthusiasts.

Xiaomi managed to grab many eyes in the smartphone market in no time, The brand basically focuses on Making Low budget smartphones but with Good specifications. Recently Xiaomi Launched redmi note 10 and Note 10 pro with an AMOLED display and powerful snapdragon processor in just 18,999 Rupees.

Just like any other brand Xiaomi has its own Ui which is called MIUI, The latest version of Miui is Miui 12 and for most of the smartphones, the Ui is based on Old Android 12.

It is important to mention that Xiaomi Does not promise Future android Upgrades to Any of their smartphone users, But then again Almost every time they have released New Miui for their 5 years model.

Miui is so heavily customized that users cant differentiate features and look in the new and old android, So for Miui users it really doesn’t matter on which android version they are.

Surprisingly in a survey, We got to know That Miui users are happy with the old android version as long as they are getting new features in the New Miui Update.

So without wasting much time let’s head over to our Guide on Android 12 Supported Xiaomi Devices.

As of now, the android 12 is only in beta mode which means that it isn’t released for public use. So it is expected that Google is pushing new features in android 12 with every release of Developer preview.

Google has adopted the material design for a very long time, Since the release of Android 8, we have seen google using Material design in almost all of the android versions.

Coming to android 12 so Google is also using the new version of Material design on their android 12. The user’s interference of android 12 has been completely changed and you will surely like the new design of the Material next theme.

The new UI is based on Visual Improvements and plenty of new designs, if you are a new user to android then you might not notice Changes as the android environment will be totally new for you, But if you have already used Android 11 then you will surely find new changes in the new version of Android 12.

You will find colors have been tweaked in the new materialistic design to give it a new look, More blue tint is now used in icon backgrounds. As usual Two themes are used in the New android 12 i.e the Light theme and the dark theme.

The lock screen on the new os is changed, You will find that the new lock screen has been tweaked with a translucent theme which allows you to get an idea of what notification is there in the background.

Coming towards the Notifications panel so it is also upgraded with new animations and less lag is faced while looking for new notifications now. Quick Settings now comes with light blue tiles and colors on the Setting tiles are now reduced to look more elegant and decent.

This was all for today about the Features and names of devices getting android 12 updates, With every new update from Google, we will update this guide with the changelog and new features.

Also, we have mentioned a wide variety of new smartphones in the guide, make sure you keep a check on this guide to know the latest status of your smartphone is getting the update or not.

All the names of android 12 Supporting Xiaomi devices are mentioned in this Guide, a list of all most 35 Xiaomi models is mentioned, Also this list is not final and can be changed any time based on the future demand of the smartphones.

Which Xiaomi Phone Will get Android 12

Almost 35 Xiaomi devices are eligible to get android 12 updates officially from the company itself, The update will Be rolled out in OTA mode. This means all the devices which are eligible will get the update directly on their smartphones.

Android 12 is not released officially as of now and all the versions that have been rolled out by google are developer preview. So each user is who is eagerly waiting to use android 12 on their Xiaomi smartphone has to wait until the official version of the new os is released for public use.

There are 2 versions of Android 12, One is the Developer preview which is only for developers and it is released earlier so that all the developers can develop an app for the upcoming Android 12.

Another one is the Public release which is rolled out for public use and anyone who is interested in installing can use it VIA OTA or manually installing.