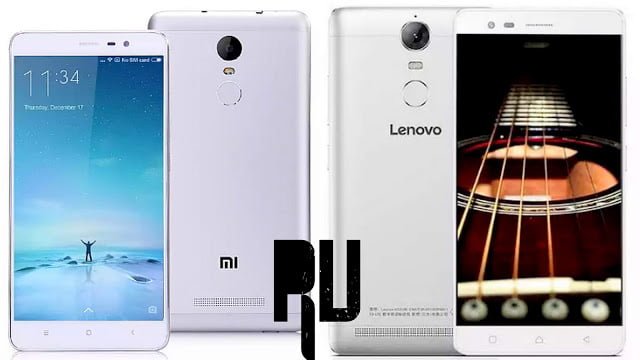 Do you want to know the comparison between The Redmi note 3 and Lenovo k5 note and which one is better ? if yes then you are at right place . Today we are here with the guide on Redmi note 3 vs Lenovo Vibe K5 note .
Lenovo recently released the teaser of the Lenovo k5 note for the India launch and according to reports the smartphone will be launched in india in August 2016 . However the specifications of the Lenovo k5 note are already confirmed as the Note 5 was already launched in china . So today we are here with the comparison of the K5 note and redmi note 3 . Which one is Better Redmi Note 3 vs Lenovo K5 Note ?

So starting with the Comparison of Both The Devices :-
Display :-
The Lenovo k5 note comes with a 5.5 Inch Full High definition display and 401 pixels per inch . For protection from Scratches and falls there is corning gorilla glass 3 present on the screen . The design of K5 note’s display is Awesome as it comes with no Bezel display which makes the device look premium and classic from the front side .

The Xiaomi redmi note 3 also comes with a 5.5 inch FHD display  with 1920X1080 resolution and 403 ppi which is slightly more than of the K5 note . There is Corning gorilla glass on the Redmi note 3’s display as well .
In terms of Performance the redmi note 3 gets an edge with slightly more (3) PPI and if looks are concerned then the Lenovo K5 note is the winner with Less bezels around the display and a Premium Look .
Camera :-
The K5 note comes with a 13 Megapixel primary camera unit . The primary camera comes with features like :-
Coming to the front camera  ,So the Lenovo k5 note comes with a 8 Megapixel camera unit at the front end that captures good and detailed images .
Redmi note 3 :-
The redmi note 3 comes with a 16 Megapixel camera unit at the back end . That comes with features like :-
There is a 5 Megapixel front camera which comes with Beautify mode and several filters which makes selfie look good .
So this time it is a tie as both the smartphones comes with almost equal camera units . Still for those who don’t use the front cam too much then redmi note 3 is the perfect choice as it offers a 16 megapixel rear camera , but if you take too much Selfie and use front camera oftenly then Lenovo k5 note would be the perfect choice for you as it offers a 8 Megapixel which is 3 Mp more than of the Redmi note 3 .