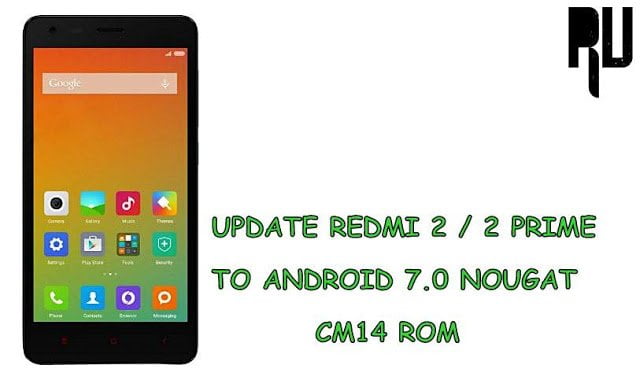 Do you want to Update redmi 2 / 2 prime to Nougat 7.0 ? and want to Download and install Cm14 in redmi 2/prime ? if yes then you are at right place . Today we are here with the Nougat 7.0 Update for Xiaomi redmi 2 / 2 Prime .
Xiaomi redmi 2 was launched in January 2015 and after around 7 months xiaomi announced the Redmi 2 prime which was a enhanced version of the old Redmi 2 . Both the redmi 2/Prime are mid range devices that come with a average processor and affordable Price . The Redmi 2 / Prime runs on Miui 8 based on Android 5.0 lollipop and we dont expect official nougat update for redmi 2 / prime anywhere near , So the best thing you can do is install a nougat based custom rom on the device to Update it . Xiaomi is going to release the Miui 9 soon and the new os will be based on Android 7.0 Nougat but it is still not announced whether the Miui 9 nougat update for Redmi 2/Prime will be made available or not . So you can wait for the Miui 9 update and the users who want to Update their devices now can follow the Guide . There are some prerequisites and points you have to follow before flashing the rom on your smartphone :-
How to Update Redmi 2 Prime / Redmi 2 to Miui 9.
Related :
What is working in the nougat rom for redmi 2/Prime ?