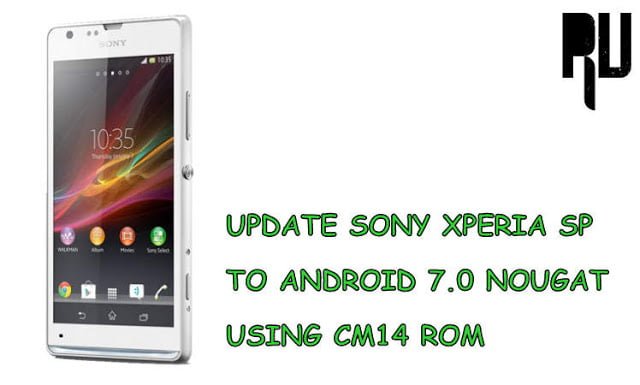 As the smartphone is a entry level device and comes with a average hardware so there will be no official nougat update for the device . However still you can update your device to Android 7.0 by simply installing Cm14 for Xperia Sp .
Cm14 is a custom rom and it is also known as Cyanogenmod . The rom is based on latest android version 7.0 , Being a custom rom it comes with many features like :-
The CM14 rom for Xperia sp not only comes with all features of android 7.0 nougat but you also get additional features of a custom rom . The best thing about Cyanogenmod 14 custom rom for Xperia sp is that this is a official build of rom from the CM rom developers itself, You need not to worry about Bugs or any other issue in this rom . However below is a quick list of the things which are working fine in the rom :-
As mentioned earlier that this is a official Cm build from the rom developers so you need not to worry about any bugs in the rom and if there is any you will get it solved in future updates, However the rom works very well in daily usage and it is stable .
Related :-
As this is a custom rom so there are some prerequisites and points you have to remember before you install cm14 on Xperia sp . It is necessary that you follow each and every step carefully :-

To check if your device is updated to nougat or not you can simply go to Settings > About Phone > Android version . You will see that it is 7.0 which means you have successfully installed cm14 in Xperia sp .
So this was our guide on How to update sony xperia Sp to android nougat, I hope you liked CM14 rom for Xperia Sp .