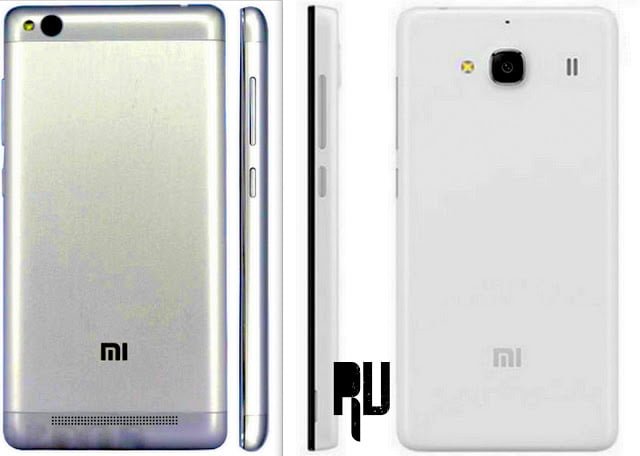 Starting With The Display :-
Display :-

The Xiaomi redmi 2 prime comes with a 4.7 Inch Fhd Display having a Pixel density of 361 Pixels per inch . The Overall performance given by the display of Xiaomi redmi 2 Prime is just amazing . Coming to the Xioami redmi 3 , The Redmi 3 comes with a 5 inch display expected to have a Pixel density of 401 pixels per inch . Also the display is said to come with xiaomi’s very Own Sunlight Display technology which adjusts the color brightness and other aspects of the display itself and gives amazing performance even in the sunlight .
So Xiaomi redmi 3 is the Clear cut winner in The Comparison of Display between Xiaomi redmi 3 vs Xiaomi redmi 2 prime .
Coming to the Hardware :-

Hardware is the most important thing of any smartphone , one can compromise in looks but not in The Hardware Specifications of the smartphone .

Starting with the xioami redmi 2 prime , The Redmi 2 prime comes with a Snapdragon 410 soc coupled with 2gb ram . The performance given by the xiaomi redmi 2 prime was quite good and No issues like Hang or lag came while moderate Multitasking However it is also true that you cant expect very much Heavy multitasking from the redmi 2 prime because of Quad cores .
Coming to the Xiaomi redmi 3

The Xiaomi redmi 3 prime is expected to come with a Snapdragon 617 processor Clocked at 1.5ghz and coupled with 2gb ram , the phone is a Octa core smartphone so it is pretty much obvious that you will get Almost the double performance of the redmi 2 prime . Starting with the Rear camera , Redmi 2 prime comes with a f2.2 8 Mega pixel camera that is capable of recording slow motion videos . Additional features which included in the camera are Autofocus , touch to focus and a Led Flash Light is also provided for  Good Images in Low Light .

In the Front There is a 2 Megapixel front camera which gives good images but Not excellent . The images Captured by the front Camera of the Xiaomi redmi 2 Prime are Little bit blurred and the colors are also washed out .

Coming to the Xiaomi Redmi 3 . The Rear 13 Mega pixel Camera of Xiaomi redmi 3 is said to come with Phase detection technology , Fast Capture and 36 other profiles which will help you to capture images in different Colors and Environment .

Coming to the Front 5 mega pixel camera , The front 5 Mp Camera of  redmi 3 comes with Beautify mode which makes your selfies more beautiful . In addition the camera has basic features like Autofocus .

So in the Camera Comparison of Xiaomi Redmi 3 Vs Xiaomi Redmi 2 Prime the Redmi 3 is winner becuase it has 13 + 5 Mp camera and also Comes with many new technologies which helps to capture good images .

Storage :- In terms of Storage both the Redmi 2 and 3 Have the same internal storage but when it comes to Expanding it further then the Xiaomi redmi 3 again wins here by supporting upto 128 Gb sd card whereas the redmi 2 prime can only support upto 32 Gb .

So according to rootupdate Xiaomi redmi 3 is the Winner in every aspect when compared with the Xiaomi redmi 2 prime and not only this but it is also going to be the best Smartphone under 5K in 2016 .