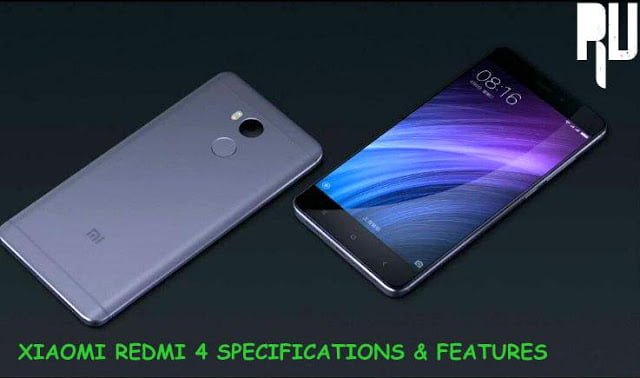 As Expected Xiaomi launched the Xiaomi redmi 4 in china today . The Redmi 4 Is the successor of redmi 3 smartphone and comes with many new features and upgrades  . As the smartphone comes under the redmi series so they are affordable and budget devices . So in this guide lets discuss about the specifications and features of the new Xiaomi Redmi 4 . As of now there is no words from xiaomi on the india launch date of Xiaomi redmi 4 , but as the smartphone comes with a snapdragon processor so you can expect Xiaomi redmi 4 hitting in India somewhere near New year .
Along with the redmi 4 the company also launched at Lite version of the device named as Redmi 4A . The redmi 4A comes with the Identical design but fingerprint sensor is missing at the back . In terms of screen the device is same as redmi 4 . Coming to the processor so lots changes have been made , As the redmi 4A comes with a Snapdragon 452 processor which is a Quad core processor . The redmi 4a comes with 2Gb of ram . Rest everything is same in both the smartphones .
Xiaomi redmi 4 Specifications chart :-
Verdict :-
Overall Xiaomi redmi 4 is a good budget device with a updated hardware and fresh design . The smartphone is a perfect packed device for those who want a average multi tasking along with a good camera and longer battery life . So this was our guide on Xiaomi Redmi 4 Specifications, Price and features .