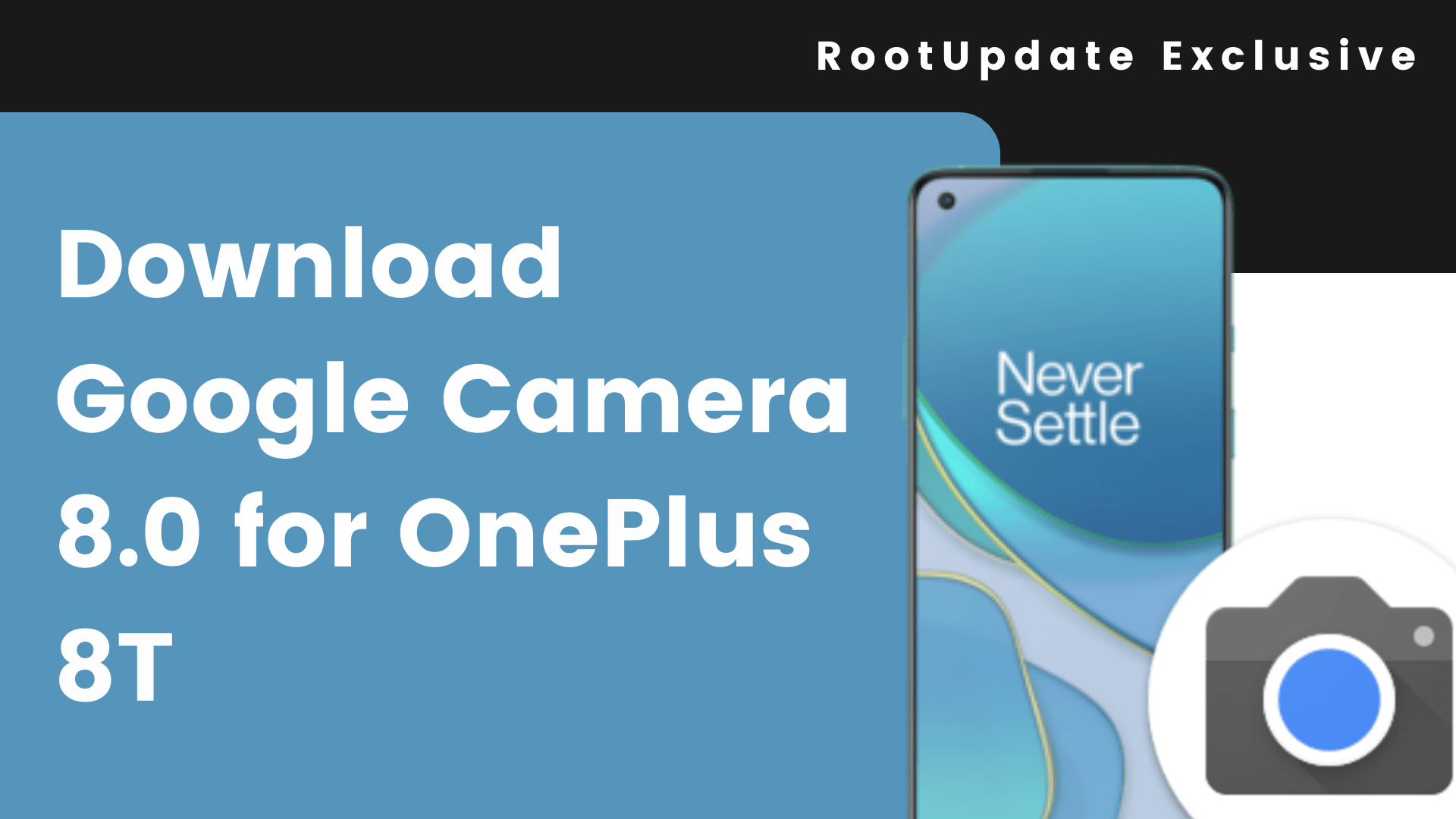 Download Google Camera 8.0 for OnePlus 8T: OnePlus 8T is the recent additions to the company’s flagship portfolio and also comes with some substantial upgrades over its predecessor — OnePlus 8. Unlike last year, the company did not announce the Pro variant to the T-lineup this year. Although the device comes with an extra camera compared to the OnePlus 8 and 8 Pro, the overall camera game did not seem to level-up though. That is understandable considering the fact that they added in a mono-sensor which in reality is not an upgrade to the sensor on OnePlus 8.

Despite having a capable sensor, the OnePlus 8T, just like various other OnePlus devices from the past cannot really compete in the camera game. To be honest, that has remained one of the major complaints from the OnePlus fans for years. The reason for this is that the camera image processing done by the default OnePlus camera is trash, Images always turn out to be over-exposed or overlit at times, and coming to the night photography, it just sucks. As for indoor photography, you will end up with a lot of noise.

Now, that is where Google Camera for OnePlus 8T comes into the play. Google Camera, for those who do not know, is the camera app that is ported to various devices from the Google Pixel devices. Now, you might be wondering “Why?”. Well, Google’s photo-processing algorithms are the best when it comes to smartphone photography. You can click jaw-dropping images using Google Camera APK regardless of the device you use.

OnePlus 8T is launched in the month of October 2020. The device features a 6.55-inch Fluid AMOLED panel with a resolution of 1080 x 1920 pixels. The aspect ratio of this display is 20:9 and the screen to body ratio stands at 86.89%, thanks to the punch-hole display notch. The pixel density here is 402 PPI and the devices boast a 120 Hz display refresh rate which is an upgrade from 90 Hz found on its predecessor.

Under the hood, the device is powered by Qualcomm Snapdragon 865. Adreno 650 handles the graphic duties here. Snapdragon 865 is a top of the line SoC which integrates a fast prime core that clocks up to 2.84 GHz and three further fast ARM Cortex-A77 performance core, which can reach up to  2.42 GHz each. These are complemented by four power-saving ARM Cortex-A55 cores that can clock up to a maximum of 1.8 GHz each. The device comes with 8 GB of RAM and is coupled with 128 GB of onboard storage. It is worth noting that there is no option to expand the storage here.

The device runs Android 10 out of the box with Oxygen OS 10. The Oxygen OS 11 with Android 11 is not loaded while unboxing, but you will receive it in the form of an OTA. The fingerprint sensor resides in the display and the device comes with 5G support out of the box. OnePlus 8T is made available in two color variants including the Aquamarine Green and Lunar Silver.

With the specifications out of the way, let us now discuss how to Download Google Camera 8.0 for OnePlus 8T, shall we?

How to Install Google Camera 8.0 on OnePlus 8T