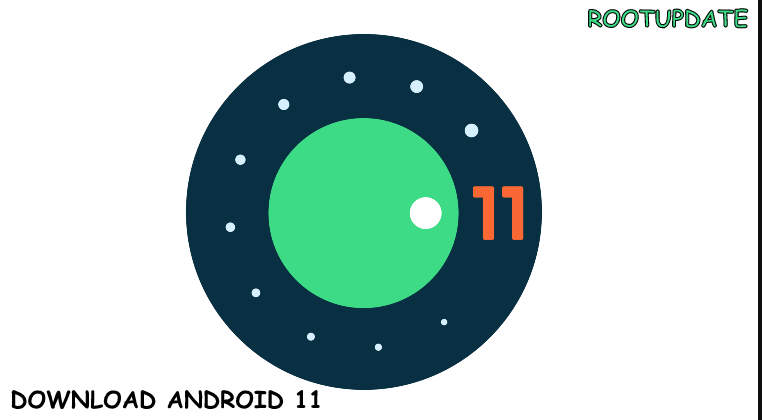 If you want to Install Android 11 on Any Android device then you are at right place, Today in this guide we will show you the easiest way to Download Android 11 Beta for your Android smartphones.

Every year Google releases a new version of Android, Last year they released the Android 10. Many Devices got the official Android Q update Officially. If you are using a High-end device then there are chances that you Might get OTA update officially from Smartphone manufacturer itself.

There are basically two versions of Rom’s, One is the official Stock rom and the other one is the Custom rom which is developed by third-party developers. Lineageos 18 is the best aftermarket custom rom you can flash on your android device to enjoy the latest android.

Some of the Confirmed features of android 11 are listed below, You can check them and decide if you want to install Android 11 on your Android phone or not.

Inbuilt Screen recorder: This is the feature you might be hearing from android 10, Now finally Google has decided to roll out the Small and Light inbuilt screen recorder feature. If this comes true then All the android users who download the Third-party screen recorders will be benefited.

Increase Touch Sensitivity: After using Phone for a while, Users start getting problems in their android touch. Now after the Android 11 Update you will get the option to make android touch screen smooth from the settings itself.

Notification History: This feature comes handy if you want to check who sent you Whatsapp message and then recalled it. You can also check the notification of other apps.

Auto Revoke App Permissions: In Android 10 Google introduced an option to revoke unused apps, Now in the Android 11 the system will automatically revoke permissions of unused apps. The System collects data of apps that are not used from the past 20 days and automatically cancels the permission.

With every new android there is a new Design, Now In Android 11 you will get more New revamped design. Some of the New Designs and their explanation is given below.

New Power Menu: The first change you will notice after you Download Android 11 is that the menu is totally new, Now you can customize the menu and add some shortcuts over their. The new power menu brings new features like you can Add all power options, Your google wallet cards, Smart home, and many more things.

Now you can Copy Text in Apps: Before Android 11 you were not able to Copy texts in apps but now as soon as you tap for 3 seconds on any text you will get a “select” option which will allow you to Copy texts from one app to another.

Accessing Music Player is Easy: Earlier it used to take a lot of time to find a music player. Each and every time you needed to visit the App drawer to find Music player. But after you Download Android R you will get the music player In quick settings.

Now Undo Recently Cleared Apps: Imagine An incident where you mistakenly cleared the recently used app and there was important data in that, But now when you Download Android 11 you can undo recently used app With just one touch.

To Download Android 11 you have to first enroll in the Beta Program, And if your Device is Supported by Android R then you will get OTA update straightly on your Android device.

If you are A Developer you can Manually Download Android 11 And install it on your Device or Android emulator, As the os is new so you may face some bugs and issues while using this as a daily driver.

Oneplus 8 And Oneplus 8 pro are one of the first nonpixel devices that will get Android 11 update, the company announced in a Twitter post that all the users using Oneplus 8 and 8 pros are eligible to receive the New android R update.

Below is the List of Smartphones that will get Android 11 update, This is the confirmed list and if your device is present in the list you can Manually Install Android 11 on any android phone:

Manually Install Android 11 on Any Android

If your Device is in the Officially supported list then you will get android 11 update automatically and if not then you can use the below given method to Install the Update manually:

All the features of Android 11 clearly hint that after you Download Android 11 on any android device you will cut off the use of many third-party apps, Now you get inbuilt screen recorder, You can Watch notifications history and many more things.

So this was the easiest way to Install Android 11 on any Android device, we hope this guide helped you. In case if you have any doubt you can comment down in the comments section below and we will reply back with your Query as soon as possible.