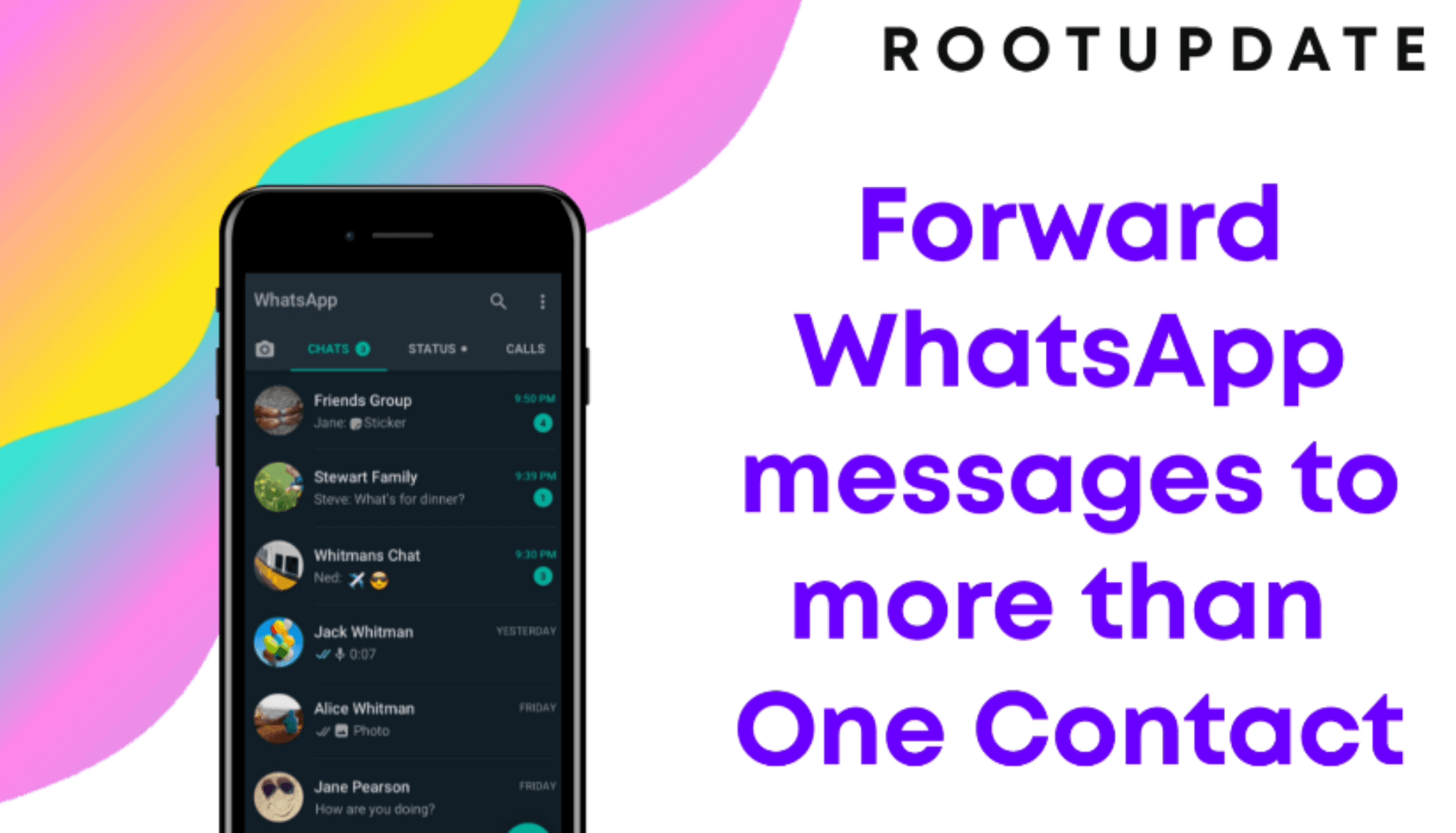 Forward WhatsApp messages to more than One Contact In recent times, WhatsApp has become a one-stop of all the fake messages. Although WhatsApp is never a trustable media source, people still believe a lot of fake messages which are being spread through WhatsApp. To protect its users from fake news and frauds, WhatsApp, last year limited the forwarding of any message up to only five contacts. With the COVID-19 outbreak and people being locked down at homes, we have seen a ton of fake messages being spread. Some of these forwarded messages are mostly the internal reports and a few of them are absolutely misleading. So, to reduce this fake news throughout, WhatsApp is now limiting the message forwards up to only one contact now. 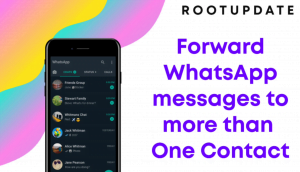 Messages which are forwarded much frequently will get a forwarded label, we all know about this. But, to identify the fake news much effectively, the forwarded messages will now get a search icon right next to the chat bubble. By clicking this search icon, the user will be able to search it on Google to verify it! This is one of the greatest moves to identify fake messages. Now, coming back to the elephant of the show, the limiting of forwarding message to only one contact, well, we have a workaround for that!

WhatsApp recently said in its blog that they are introducing a limit to forward the messages so that these can only be forwarded to one chat at a time. They have also stated that they have seen a significant increase in the amount of forwarding which users have told them can feel overwhelming and can contribute to the spread of misinformation. As WhatsApp is being used by 400 million of Indians, the previous steps in limiting the forward able messages to only five contacts did decrease the fake spread up to 25 percent.

The spread of fake news in the medium of forwarded messages is not only taking place in India but also a lot of other countries are facing such issues with the fake messages being forwarded. As for our government, the government has dedicated a chatbot MyGov Corona Helpdesk, which aims to provide timely updates and help citizens clear their queries on COVID-19. Due to this hectic pressure to stop rumors, recently WhatsApp stopped to forward the media which already has the forwarded label and Not only this you can’t also Forward messages using Whatsapp Web which is the Online version of Whatsapp.

Now that we have clearly understood the situation, let us quickly jump to the guide and know both methods which can help you to overcome these limitations.

Disclaimer: We at RootUpdate do respect the decision of WhatsApp and its message limiting. Although this is a good move by the company, it affects the common people (non-spammers) if one way or the other! So we have decided to share the workaround with our readers.

Method 1: Forward Whatsapp Messages to more than One People

WhatsApp broadcast is one of the oldest features of the application service which is made available years ago and yet a very fewer people know about it. Users can create a broadcast with contacts using this feature and can share anything, any file or message, to up to more than 1000 contacts at the same time. But, first, you have to create a broadcast of your favorite contacts or frequent contacts whom you share the content frequently and send them all at the same time. Let me explain to you step by step. This method will work on both Android and iOS.

Although this is a good feature, a lot of people still would love to use the native forward feature. For those who would still like to go with the native features of forwarding, well stick on with us for the next method. For iOS users, sadly, there is only one method, which is the one we have discussed earlier.

Method 2: Forward WhatsApp messages to more than One contact

WhatsApp is one of the most downloaded applications in the history of Android Application Market. From just the Google Play Store WhatsApp is downloaded over 5 Billion times. With such popularity and lesser customization options and features, users often feel bored to use WhatsApp. We all knew that WhatsApp is not very much into adding features. But still, users stuck with WhatsApp even the apps like Hike and Telegram offer a lot of features. Users stuck to WhatsApp because WhatsApp is a current-generation messaging standard.

Well, this is where the WhatsApp mods come to rescue. There are a lot of WhatsApp mods available from various developers. GB WhatsApp, YoWhatsApp and Xtreme WhatsApp are some of the most famous WhatsApp Mods which are made available for the users. All these WhatsApp Mods are anti-ban, also do offer a lot of features compared to original WhatsApp. One of the features also includes forwarding messages to not just more than one but more than five contacts as well.

This is how you can forward WhatsApp messages to more than One Contact. If this post helped you in solving the issue, show us some love by sharing this guide with your friends and family. If you have any doubts, you can feel free to use the comment section below. For more posts like this, Stay Tuned with us! Until next time, Stay Techy!