Now you can Download Miui 13 Update for all Xiaomi Smartphones easily, I am a personally Mi 11x User, and just like any other Mi device user I am also eagerly waiting to install the New os from Xiaomi on my smartphone.

Recently Xiaomi released the list of Mi devices that will get android 12 Updates based on Miui 13 and now They have finally started taking registration for the Miui 13 Beta program.

For those who don’t know beta program by Xiaomi is a program in which they select particular users to use their New android os. If you are a miui user you might know that Xiaomi releases their new update Slab system.

First, they will invite users to enroll for Beta updates, Once they are sure about the Os then they will release China rom which is a heavily Moded version of the Global Rom, and last they release Global stable rom for international users.

Now As the rom is only announced so we will Give Beta rom links because the rom is still under development phase, Still, it is recommended that you keep checking the Guide to see if there is a rom available for your Xiaomi phone or not.

Also if you want to Download Miui 13 for your Xiaomi device it is important that you should have a Xiaomi smartphone, because the Miui 13 update will only work with Redmi and Mi devices for now. Later on, it is expected that more devices will be added to the Download list.

MIUI 13: Xiaomi is all set to unveil its next-generation custom Android skin — MIUI 13 during the Mi Developer Conference that is expected to happen between June 25. For a few of you, this might sound a bit funny as the MIUI 12 itself is not rolled out for many devices in the country. Xiaomi follows this absurd batch-wise roll-out thing, which takes a lot of time to reach the devices. However, we are not here to criticize Xiaomi or any of its policies here, and even if you want to, one article is not enough!

Although the three aforementioned devices are recent additions to the company’s portfolio, it seems unlikely that these devices get MIUI 13 first, contrasting the flagships such as Mi 10 series. But, yes, there is a possibility that the reports might be true too. As the recent leak from Digital Chat Station on Weibo has confirmed that Redmi is bringing three more new additions to the Note 10 lineup, and these devices are very likely to get the latest skin. On a similar note, it makes sense that one of the variants in the upcoming Note 10 series boasts a 120 Hz display refresh rate.

Before Rolling Xiaomi was planning to Skip Miui 13 update and only release Miui 12.5 but later on they changed their mood and Finally decided to Roll out Miui 13 for all their Xiaomi devices.

Now Without wasting much time, we will tell you the easiest way to Download Miui 13 Update on your android phone, So you can simply install it on your Phone.

The Above Given Details are for the confirmed version Of Miui 13 Which is based on Android 12, The information on Size and version is retrieved from the ROM released for a Xiaomi device.

Mi 11X Also Got the Latest Stable update of Miui 13 based on Android 12, Users can simply go to the Update app and Click on choose update package and choose the rom given below:

After so long the Note 10 EEA got a new miui 13 updates, This time the update is stable and can be used as a daily driver.

China users got China’s stable update of New Os on 20Th March 2022. This Device is the very first device in Note 9 Pro segment to get the latest update.

Finally, Turkey Users can also install the latest update on their device, This Update is Final build and the best thing is that its bug free.

Good News for Indian users, Stable version has been released Via Recovery.

Redmi K30 4G got the New firmware update on March 11, 2022. All the users can now install this Update because it is Bug-free.

All the K40 Gaming users can Install China stable rom on their android phones, Remember this Update is not for EEA or Global smartphone users.

This is Miui 13 For Redmi Note 10 Pro Indonesian rom and you can install It From Recovery.

This is Miui 13 For Redmi Note 10 Pro Taiwan Variant and you can install It From Recovery.

All the Mi 11t Pro users can now install the Indonesian stable version of Miui 13.

Some users reported that they are having a Battery draining issue After installing this update.

Mi 11 lite got the India Stable update and Now many 11X users are waiting for the update to come in their devices.

Somehow this is one of the first devices In the Mi Lineup from taiwan to get the Miui 13 update.

Russia Stable is also released, If you want to Install it using OTA update then you have to wait for a few days.

All the European users who are using Mi 11t can Download and install this rom on their Xiaomi device. Currently, this is only for EEA users and not for china or global.

Much Awaited Miui 13 for Mi 11x pro has been Released for Indian Brothers.

Using Mi 11 Ultra? You can Install This miui 13 for Miui 11 ultra on your phone.

New rom For Miui 11 Lite is also released and you can Simply flash it using the mi flash tool.

All Xiaomi mi 11t users can now flash this Global version of Miui13 on their device.

Many Mi 11x users were complaining that they are not getting update despite being a flagship device, But now no need to worry as all the Mi 11x Indian users also got the update.

This is for all Europe-based smartphones.

If you are Mi 11i Phone user then you can install the V13 on your phone.

This can be installed on All Mi 11i Smartphones.

You can Install This rom via OTA and recovery as well. It is based on android 12.

New Version Has been released and All the Users who plan To Get the latest update on their device should Consider Making A backup on their smartphone first.

Indian Users were waiting for the Miui 13 update for so long but now finally Company has released the update.

Surprisingly Poco X3 pro was the very first phone in India to get the new miui 13 update, The news of Poco devices getting Updates prior made redmi fans sad.

Poco F3 also get the Stable version of all new Miui13 from Xiaomi, the update can be installed using recovery rom.

Redmi Note 10 is a smaller version of the Pro version, being an entry-level device from Xiaomi still it got the Miui new update.

Mi 11 lite was a cheaper version of the premium Mi 11, the major difference between both was the Cellular support. Mi 11 Lite 4g recently got the update via recovery.

If you are 11t pro user you can simply install the V13.0.1.0 using the Recovery method.

There are 3 versions of the Mi 11 Lite, The above rom is for European version.

Global versions are considered as one of the best Versions, usually these versions of rom are Bug free and one can use them as daily driver.

Redmi Series is the entry level series of All Xiaomi Phones, Redmi note 8 was launched around 3 years ago and no one expected that this old device will get the all new Miui 13 update.

Mi 11 european version also get the all new Miui13 upgrade

We never expected that even the Mi Pad 5 will also get latest update, but on 17th feb company released New update which can be installed using OTP or Via recovery.

Eurpeoan version also got the stable version of Miui 13.

Now Afterall the Smartphones, The Tab from Xiaomi is also getting a New Miui 13 Update. If you are also using the Mi Pad 5 then you can flash this rom as this is stable and doesn’t have any bugs so far.

Mi 5 pad pro is the Bigger version of the simple Mi 5 pad and this comes with extra specifications. Now you can Flash this rom on your device and get extra performance.7

Update: The above version is checked by Our Reader and this is totally bug free;.

If you are a redmi note 10 user and you are using the Global version then you can flash the above given rom.

All the versions of Redmi note 10 Pro got the latest update but only the Global and Indian version was left, But finally Xiaomi released that as well.

No New Update was released today, Maybe it was Affected due to Weekday.

Almost every Device in the List is now getting Miui 13 update by Default. All you need to Do is just go to Settings in your Xiaomi Smartphone and tap on Check for System Updates. if your device is on the list of Smartphones getting Miui 13 then you will Surely Get an automatic update.

How to Update Xiaomi Device to Miui 13

Also, Make sure you download Miui 13 for your Xiaomi device from the link given above, Once you Download renames the Zip file to Update.zip and place it at the root of sd card.

Step 1:-  First of all checkout Pre-Requirements.

Step 5:-  Now Restart Your Xiaomi Phone and boot into Fastboot Mode. To do this Press Volume Down + Power key at the same time.

Step 7:- Launch the MI Flash tool in administrator mode. To do this Right Click on Mi Tool and click on Run As Administrator. 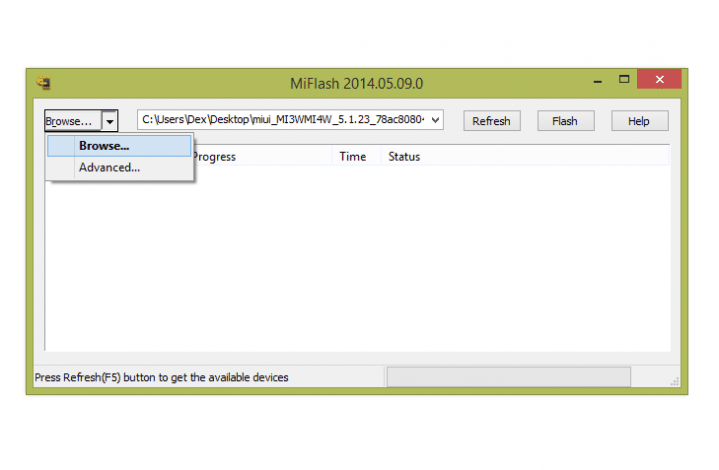 Step 9:- Make sure you selected Flash all except storage you can find that bottom of MI Tool. then click on Flash. 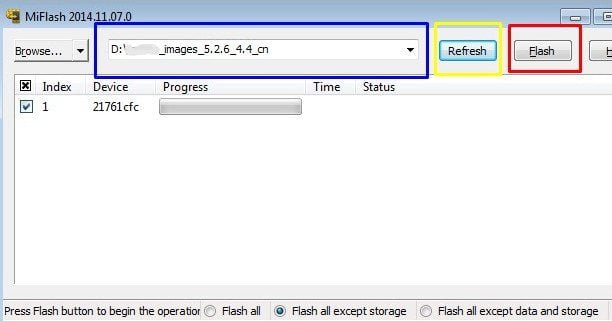 Step 10:- Just wait till the process bar turns fully green. after that disconnect your Poco X2 and Reboot it.

That’s all!!! Now you have successfully Installed Miui 13 on Xiaomi device.

MIUI is the Android Skin of Xiaomi phones and its other subbrands. Given that fact, the firmware naturally packs all the essential and latest Android features and functionalities within itself. However, the highlight of this MIUI firmware is its additional features that enhance the users’ experiences as they operate their mobile phones.

Here are all the excellent features that MIUI packs within itself in addition to the general Android features and functionalities.
MIUI+

This is one of the most efficient features of MIUI. The feature indicates the ability of the phone to replicate the interface and functionalities of a Windows computer. As such, the MIUI+ feature of the firmware will equip the phone with functions like desktop notifications, using selected applications, copying and pasting the content on your mobile desktop, etc. However, the feature is also limited to selected devices. So, you will have to check if your device supports this feature or not.

A phone is one of the most personal objects that you use in your daily life, and it contains a lot of your personal and confidential data and information. So, you definitely want your phone to have strong security and privacy features.

As such, we all make an effort to keep the privacy of our phones protected by locking them with passwords, etc. But privacy doesn’t mean only password protection. Many more things include privacy on your phone, for instance, your location, browser use, and downloads, etc.

As of now, only Some smartphones are eligible to get Miui 13 update on their Xiaomi Smartphone, if you are using a device with good hardware then there are strong chances that your Mi device will get an OTA update from Company shortly.

Xiaomi is Going to release Miui 13 Update on 08/03/2022 along With Mi 12 Smartphone. The New Miui 13 is expected to come with many more similar features like the IOS.

In case if you have any doubt you can write it down in the comments section below and we will reply back as soon as possible.