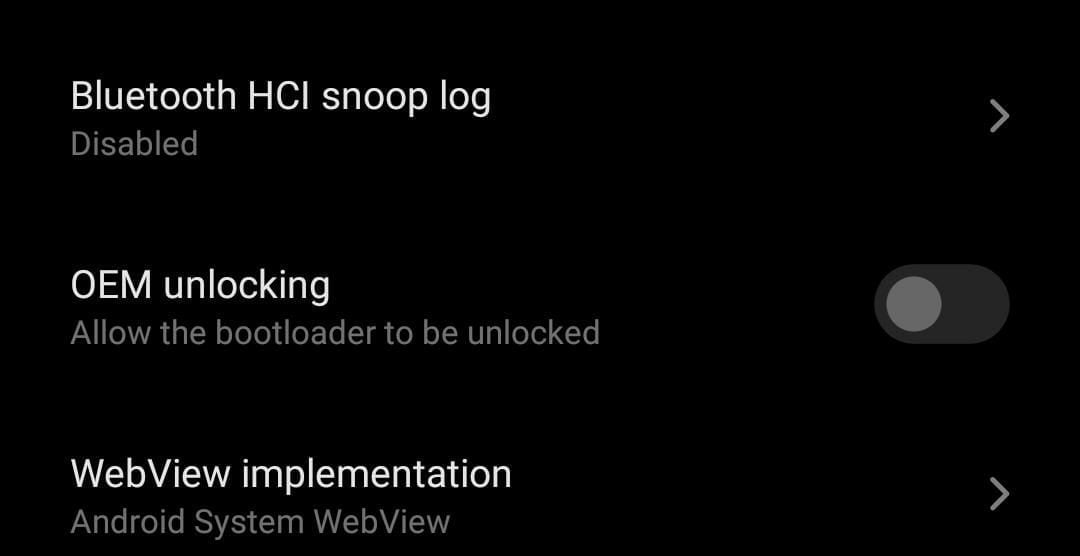 If you want to perform any type of external customization on your device, Then OEM unlock is the first thing you have to do.

Oem unlocking is the process that allows tools to access your android device and perform several tasks like rooting your device, Installing TWRP on your Phone, and much more.

Android is one of the most used OS on smartphones across the world. There are a lot of users who love to do tweaks and customizations on their android devices.

In this guide, you will learn Everything related to OEM unlocking and after that, we will also tell you the easiest way to Enable OEM unlocking on any Android phone.

Android is famous among developers and other users as it allows you to push your android smartphone beyond the manufacturer limits.

Most of the Developers and manufacturers underclock the devices to attain good battery life and avoid issues like smartphones overheating, but there are many android enthusiastic and gamers who wish to achieve more from their smartphone. And that’s when they start searching for OEM unlock and other tutorials.

Smartphone manufacturers launch a smartphone with some Locks and limits which is Known as OEM lock, this is done to ensure the good performance of their device, But if you are the one who wants to change Administrator settings on your device then you can do a lot.

After you enable OEM unlocking on Android, The official warrant of your device will stand void. So it is recommended that you do everything at your risk.

What is OEM unlocking?

OEM Unlock on Android was introduced with the Android Lollipop 5.0 version. Mostly Known as OEM unlocking this feature can be easily enabled in the developer options of your device.

Enabling the OEM to unlock on an android phone is easy, But what makes this process difficult is the hidden developer option.

When you enable the option you set the “unlock_ability” flag to “1” which opens the way of Fastboot flashing unlock on your android device.

Once you Enable this feature it won’t be disabled until you manually go to settings and disable this. The status will remain the same even after reboots and hard reset of the Android phone.

As a security precaution this method set as turned off by default. Now if you are at this part of the Guide you might already know what is OEM unlocking. Now without wasting much time lets head over to the main part on how to Enable Oem unlocking in android.

Any process which changes or interferes with the Administrator and stock condition of your device needs OEM unlocking.

If you are trying to root your Android Phone, then also you should have Unlocked OEM on your android phone.

Now coming to the Advantages of OEM Unlock:

Everything which comes with Advantages carries some Disadvantages as well, Below we have mentioned some of the known Disadvantages which you may face After enabling OEM unlocking on an android phone.

Now when you know Both the advantages and Disadvantages of OEM Unlock. Lets Start the OEM unlocking Process.

How to Enable OEM Unlocking on Android Devices

As a safety precaution, Before you proceed to unlock OEM on the android phone make sure that you take a full backup of your android phone.

Developers’ options are usually hidden by default on every android device, So in the set 2 we have to Enable developer options.

Enabling Developers option in Android was the most essential part of this guide, Now when you have enabled Developer option you can enable OEM unlocking on your android phone.

So this was all about how you Can easily Enable OEM unlocking on your android Phone, We hope this guide helped you. In case if you have any doubt feel free to write to us in the comments section below. Also if you have any suggestion you can Write in the feedback form.